Suitable for beginners and families with kids. Explore this almost forgotten natural river. Paddling underneath the hanging roots of an immense Fig, or the canopied creeks, this is one of the most beautiful river trail in Singapore. 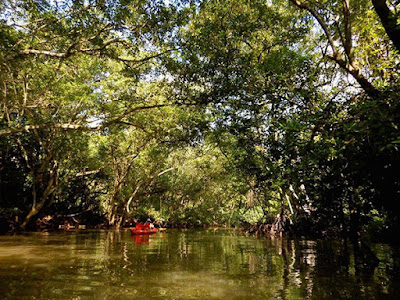 22 Feb (Sat): Learn about our sea turtles in "Herpers in the House"

Reptiles and amphibians can be found all around the world! Come join the Herpetological Society of Singapore for a sharing session, as three herpetologists talk about the work they do, the herps they have encountered, and the challenges these misunderstood animals face! 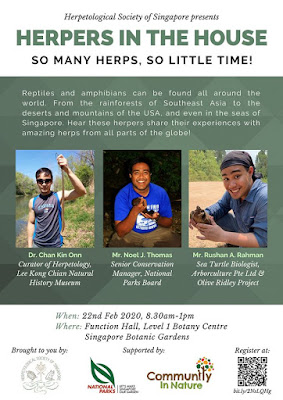 With its swaying coconut palms, shady trails in overgrown rubber plantations, rustic roads, secluded beaches and flourishing mangroves Pulau Ubin feels like you've stepped back into the Singapore of the 1960s. In fact the slow lane starts as soon as you join the queue for the bumboat at Changi! 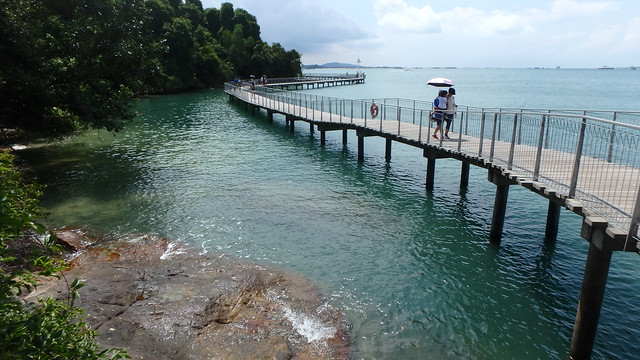 Jane's Tours very experienced and knowledgeable guide Ed also guides for NParks and the STB and he’ll point out areas of particular interest, especially wildlife. We will also look at the historical significance of the area.

In celebration of World Wetlands Day 2020, come join NParks for this FREE guided boardwalk tour to discover and learn about Chek Jawa's six ecosystems and the diverse array of animals and plants that inhabits these unique habitats. 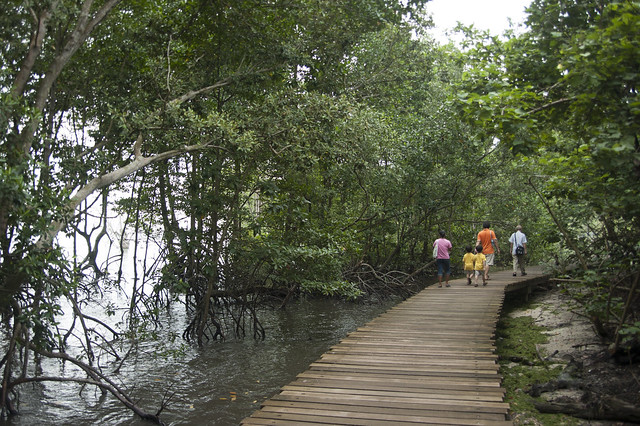 FREE walks at St John's Island in March and June!

The St John’s Island National Marine Laboratory has announced that there will be TWO more FREE public guided walks in 2020! The ticket includes a ferry ride to and from St John’s Island 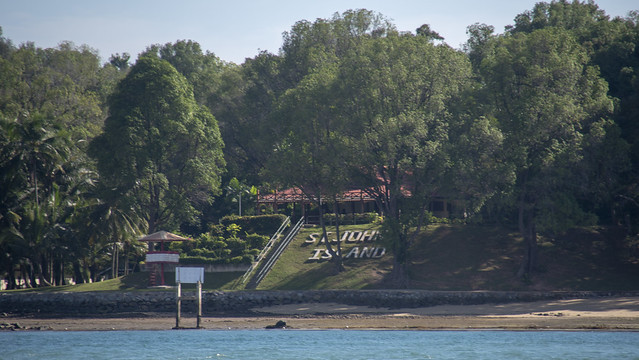 Registration opens on 5 Jan (Sun), 10am for this FREE guided walk at St John's Island on 2 Feb (Sun). 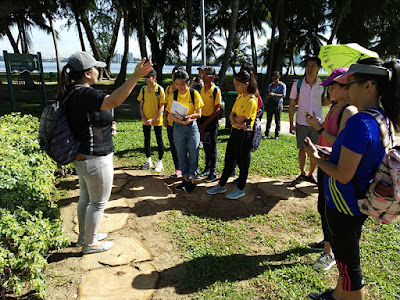 This free 90-minute guided tour (capped at 45 participants) will be held on the first Sunday of every month. NParks volunteers will introduce you to the key features along the St John’s Island Trail. This land-based trail covers a distance of 1.6km. The tour does NOT go down to the seashore.

We end this series of science communication with the world of venom in sea anemones. Yes, the tiny cnidae that you read earlier are venomous! No touching!

Soft-bodied and somewhat jelly-like, these sea anemones are packed with great survival skills in the ocean: from evading of predators to microscopic weapons of death. These sea anemones continue to wow as we now learn more about their venomous stinging cells. 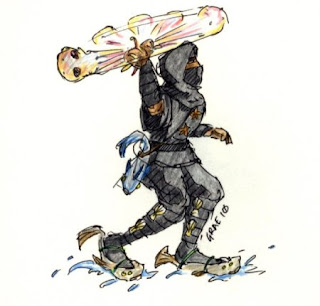 The sea ninja’s most potent weapon is its venom. The cnidae of anemones contain a venomous concoction filled with a menagerie of toxins that causes different kinds of physiological effects on their victims. Some anemone toxins viciously destroy cells, while others are responsible for paralysing victims, causing them excruciating pain.
Read more »
on December 30, 2019 No comments:

Suitable for those without kayaking experience, families, and children. This is an easy coastal trail specially designed for those who would like to try out kayaking for the first time. 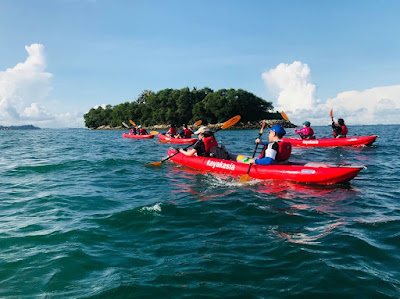 Whether with your little one or your dog, this short morning paddle introduces the basics of sea kayaking. Visit a WW2 fort and a couple of islands, all on the clear waters off Pulau Belakang Mati (Sentosa).

Email ThisBlogThis!Share to TwitterShare to FacebookShare to Pinterest
Labels: for kids, for youths, islands, kayaking, sentosa

We're back with new stories about the sea anemones written by IYOR intern Shabdita. Our heartiest congratulations to her for receiving an Honorable Mention for her recent submission to the Asian Scientist Writing Prize 2019! You can read her works here.

They can hide, but not forever! So how does the sea anemones defend itself from potential predators? Let's find out in this post!

Cnidae - The Microscopic Weapons of Death

Instead of using knives, swords or throwing stars, the sea ninja (aka the sea anemones) uses microscopic weapons known as cnidae for defending against predators and capturing prey. Cnidae are microscopic capsules, which forcefully shoot out threads when there is mechanical and/or chemical stimulations. For example, the freshwater polyp Hydra magnipapillata can discharge its cnidae due to changes in light levels. In general, there are three types of cnidae: nematocysts, ptychocysts, and spirocysts. 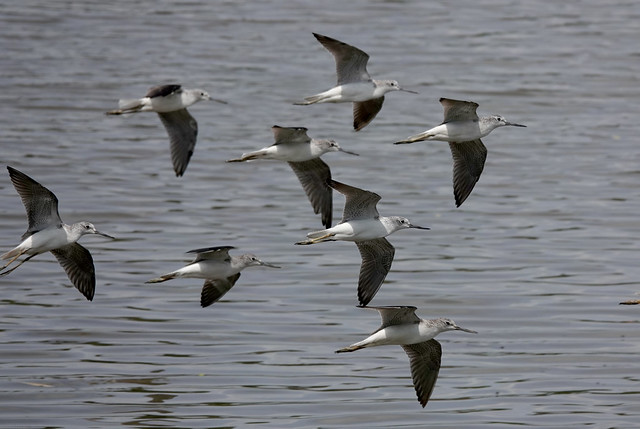 ‘Waders Watch’ is one of Sungei Buloh Wetland Reserve’s signature workshops, where you can learn how to identify our feathered friends! This workshop will cover an introduction to these birds, followed by a birdwatching session around the Reserve where you can hone your newly acquired skills.

Children aged 10 and above are welcome to join in the fun with their family.

Our beautiful wild herons! Learn more about them and make a difference by helping in this survey. Suitable for families. Training is provided. A great way to visit some of our great shores and wetlands. 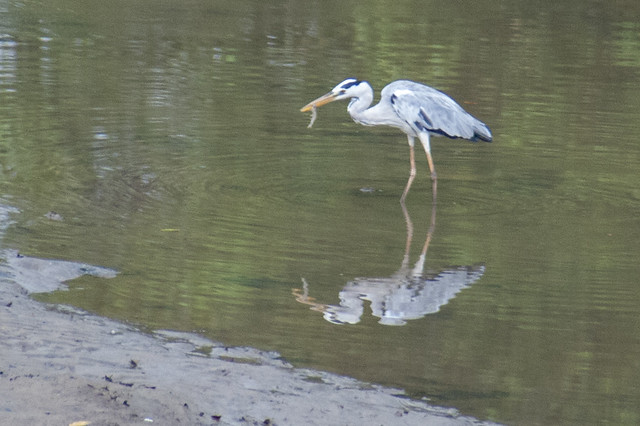 Email ThisBlogThis!Share to TwitterShare to FacebookShare to Pinterest
Labels: events, for kids, free

Suitable for beginners and families with kids. Explore this almost forgotten natural river. Paddling underneath the hanging roots of an immense Fig, or the canopied creeks, this is one of the most beautiful river trail in Singapore.

get us in your inbox